By: News 12 Staff
Early morning rain with a mixture of snow could be possible for Thursday morning's commute for New York City. 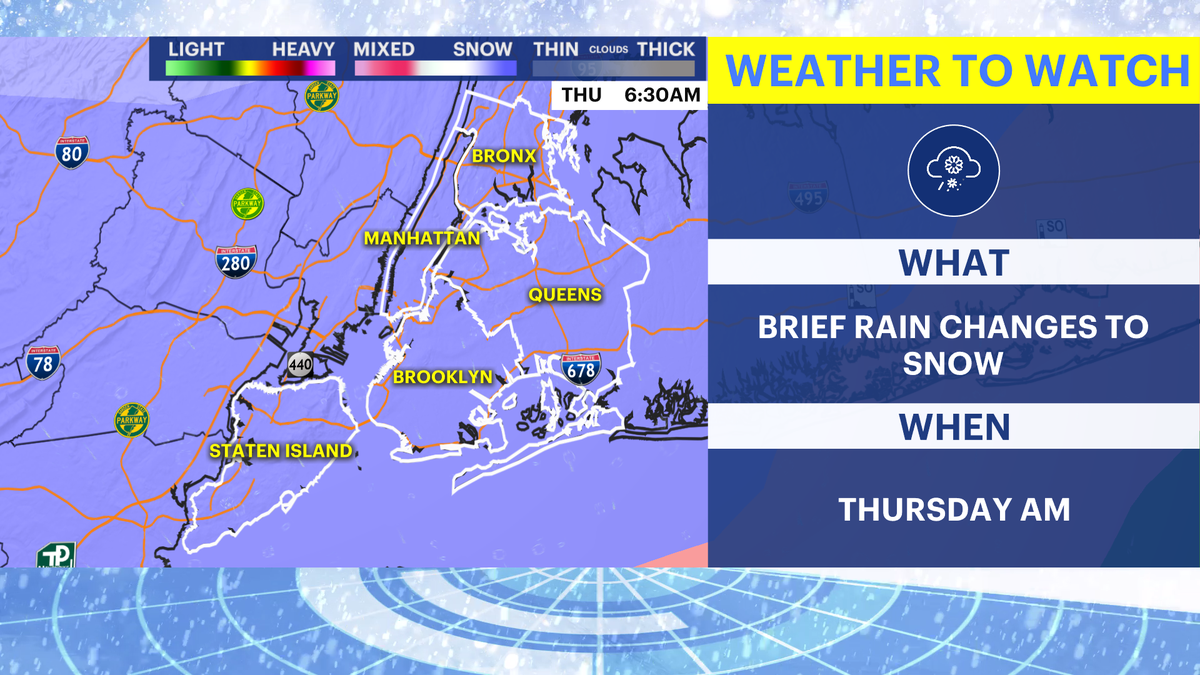 WEDNESDAY: Sun then clouds. Overcast by evening. Highs near 46. Southwest wind near 10-20 mph. Lows near 31
WEDNESDAY NIGHT (WEATHER TO WATCH): Cold and breezy, late evening rain changes to snow after midnight, lows from the low to mid-30’s, winds southwest to northwest from 10 to 20 mph.
THURSDAY: Early morning rain mixes to snow for the morning commute. A brief 4-6 hour weather event can make a nuisance of the morning commute. These snow showers are not expected to leave more than just a coating of a trace to an inch of snow. Highs near 34. Lows near 15. Windy through the afternoon as cold surges in.
THURSDAY NIGHT: Bitterly cold and partly cloudy, lows from the low to mid-teens, winds north from 10 to 15 mph, potential gust to 25 mph. Potential wind chill of 2 degrees. 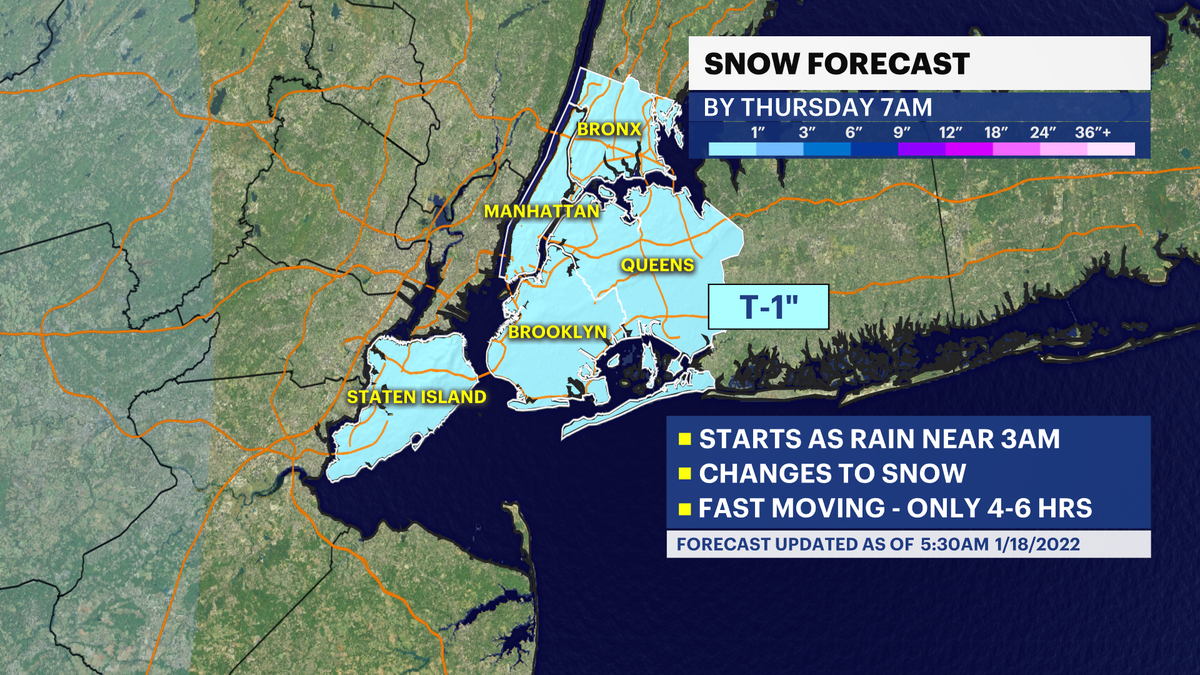 FRIDAY: Frigid air moves in, but it's nothing that we haven't seen already this season. Sunny with thin clouds. Highs near 24. Lows near 17. Feels like 5 degrees in the morning.
FRIDAY NIGHT: Brutally cold with snow developing late, lows in the mid-teens, winds north from 10 to 15 mph. Single-digit wind chills.
SATURDAY (WEATHER TO WATCH): Tracking another coastal storm/nor'easter. This storm can brush along the coast providing some snow to the area. This storm could be a large impact.
SATURDAY NIGHT: Very cold with a chance of snow showers, lows near 20, winds north to west from 5 to 10 mph. 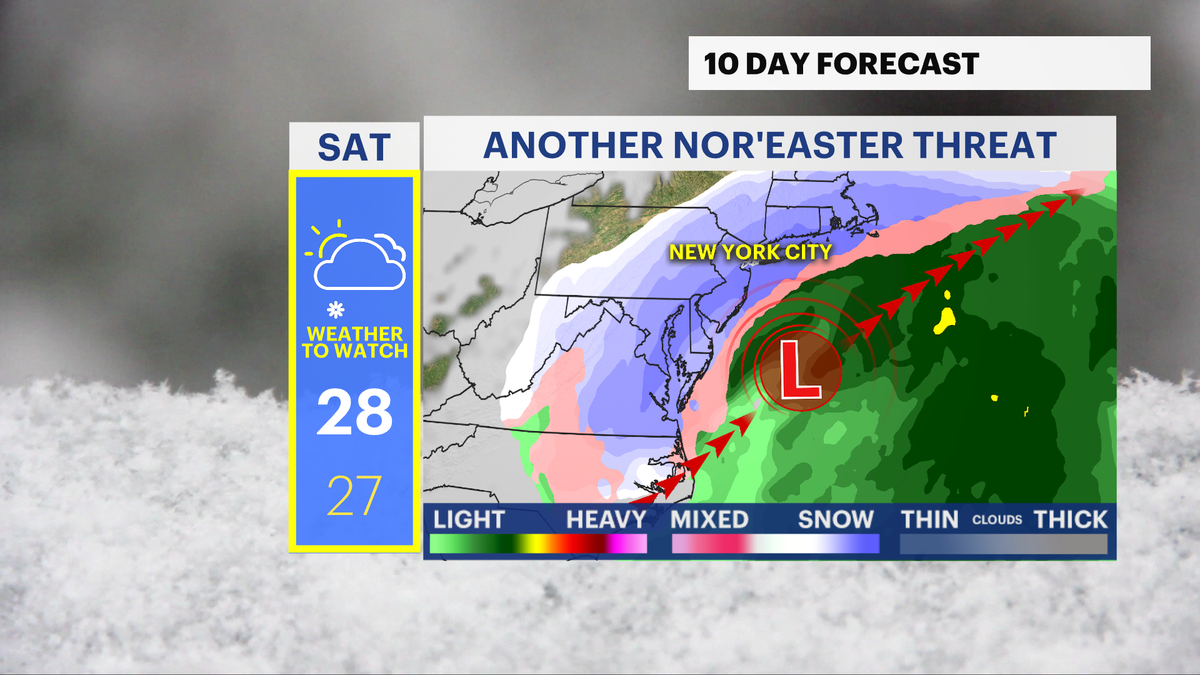 Storm knocks out power to thousands of homes and businesses

Thunderbolt 12: Checking out the conditions in Greenwich

Brief warmup Wednesday ahead of wintry mix overnight into Thursday

STORM WATCH: Rain and snow early Thursday with a bitter blast for Friday