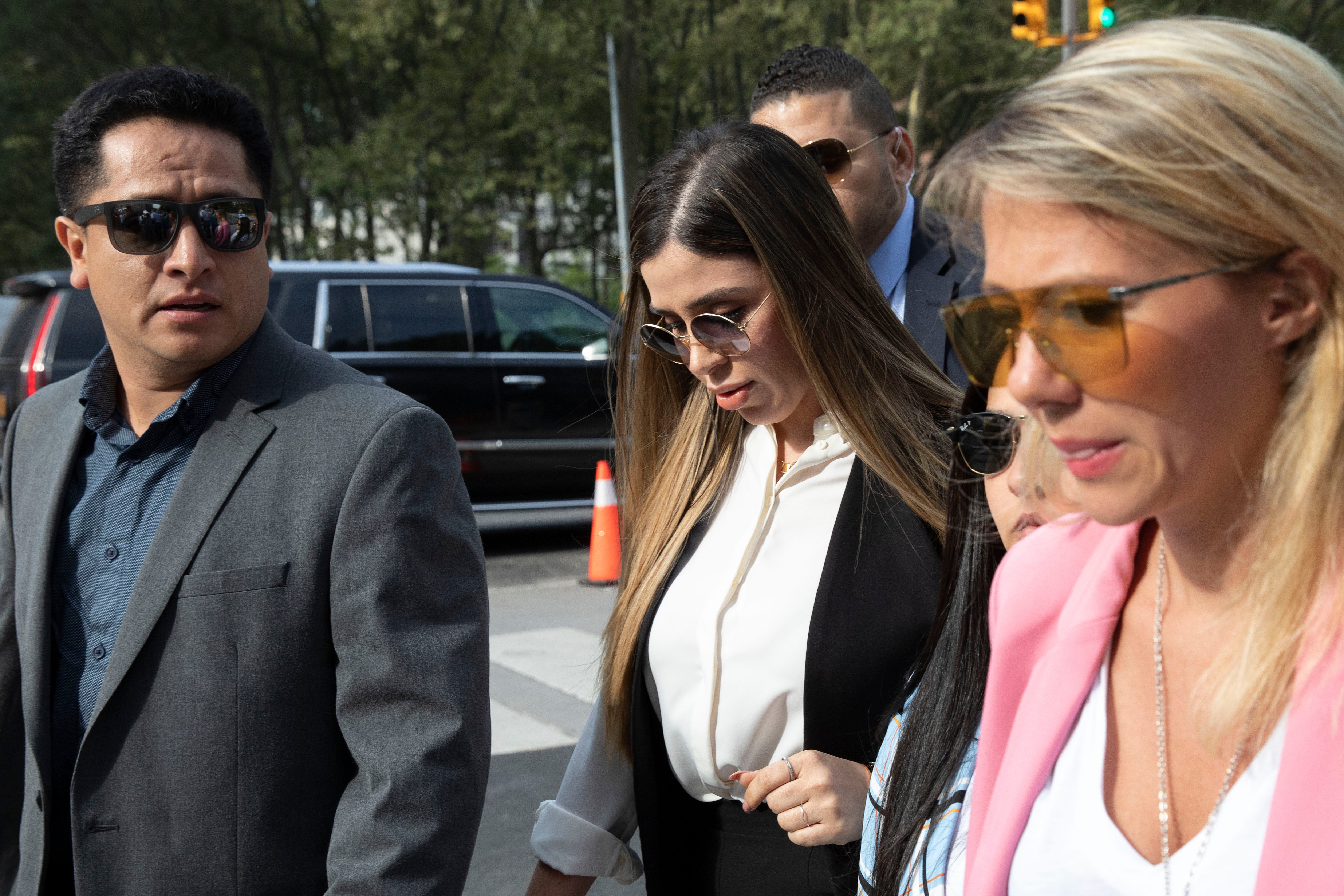 The wife of Mexican drug kingpin Joaquin “El Chapo” Guzman pleaded guilty Thursday to charges in the U.S. and admitted that she helped her husband run his multibillion-dollar criminal empire.
Emma Coronel Aispuro, wearing a green jail uniform, appeared in federal court in Washington and pleaded guilty to three federal offenses as part of a plea deal with federal prosecutors.
The charges include knowingly and willfully conspiring to distribute heroin, cocaine, marijuana and methamphetamine for several years. She also pleaded guilty to a money-laundering conspiracy charge and to engaging in transactions with a foreign narcotics trafficker.
The 31-year-old was arrested in February at Dulles International Airport in Virginia and has been jailed since then.
Prosecutors have alleged Coronel Aispuro “worked closely with the command-and-control structure” of the Sinaloa cartel and conspired to distribute large quantities of drugs, knowing they would be smuggled into the U.S.
As Mexico’s most powerful drug lord, Guzman ran a cartel responsible for smuggling cocaine and other drugs into the United States during his 25-year reign, prosecutors say. They also said his “army of sicarios,” or “hit men,” was under orders to kidnap, torture and kill anyone who got in his way.
The prosecutor, Anthony Nardozzi, said his wife had “aided and abetted” the Sinaloa cartel’s objectives to smuggle drugs into the U.S. and helped to import more than 450,000 kilograms of cocaine, 90,000 kilograms of heroin, 45,000 kilograms of methamphetamine and about 90,000 kilograms of marijuana.
Her arrest earlier this year was a surprise in part because authorities had made no move to arrest her over the past two years, even after she was implicated in her husband’s crimes. During Guzman’s trial in 2019, prosecutors said she helped orchestrate Guzman’s two prison breaks in Mexico.
Nardozzi said Coronel Aispuro “served as a go-between” to deliver messages to cartel members after her husband was arrested and also conspired with Guzman’s sons to “plan and coordinate” his prison escapes.
Coronel Aispuro listened quietly as prosecutors described how they could prove her illegal activity if she chose to go to trial.
“Yes,” she said through a translator, when asked by the judge if she had actually committed the crimes the government described.
Related Stories

Shirely man faces up to 25 years in prison for rape

Police: Duo stole car in Lake Grove while it was charging

Man wanted for string of TD Bank robberies across the Bronx, police say

Second arrest made in Peekskill shooting that injured 2 women

Second arrest made in Peekskill shooting that injured 2 women

Police: Arrest made in Friday shooting of women in car