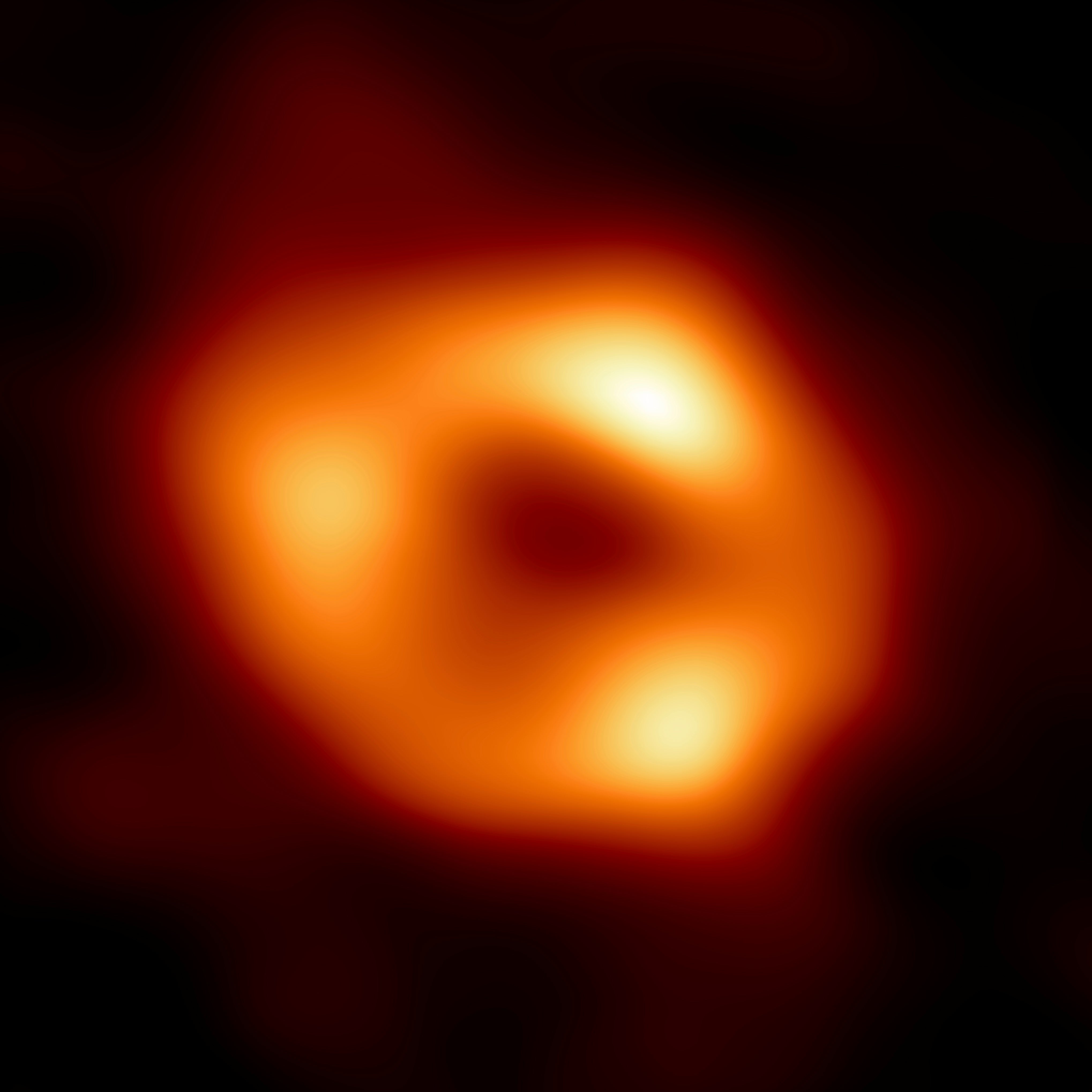 The world got a look Thursday at the first wild but fuzzy image of the supermassive black hole at the center of our own Milky Way galaxy, with astronomers calling it a “gentle giant" on a near-starvation diet.
Astronomers believe nearly all galaxies, including our own, have these giant black holes at their center, where light and matter cannot escape, making it extremely hard to get images of them. Light gets chaotically bent and twisted around by gravity as it gets sucked into the abyss along with superheated gas and dust.
The colorized image unveiled Thursday is from the international consortium behind the Event Horizon Telescope, a collection of eight synchronized radio telescopes around the world. Previous efforts had found the black hole in the center of our galaxy too jumpy to get a good picture.
The University of Arizona’s Feryal Ozel called the black hole “the gentle giant in the center of our galaxy” while announcing the breakthrough. Black holes gobble up galactic material but Ozel said this one is “eating very little.”
The Milky Way black hole is called Sagittarius A(asterisk), near the border of Sagittarius and Scorpius constellations. It is 4 million times more massive than our sun.
“What’s more cool than seeing the black hole at the center of our own Milky Way,” said Caltech astronomer Katherine Bouman at a press conference.
This is not the first black hole image. The same group released the first one in 2019 and it was from a galaxy 53 million light-years away. The Milky Way black hole is much closer, about 27,000 light-years away. A light year is 5.9 trillion miles (9.5 trillion kilometers).
The project cost nearly $60 million with $28 million coming from the U.S. National Science Foundation.
Related Stories